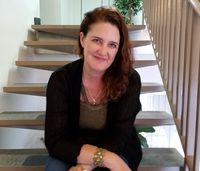 Enjoy a glass of wine and hors d-oeuvres while listening to Jazz favorites. Rick Harris on piano. 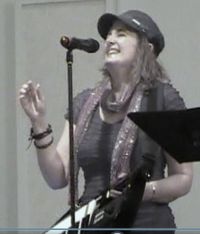 Make the best of everything

It's all in how you look at things

and I've grieved the pain away

With a voice that sends those intangible chills running through your body, Peggy captures the essence of each song.

Peggy is based in the San Diego area.  She has performed at local venues such as The Hotel Del Coronado, Black Rail Kitchen and Bar, The Roxy, and Seaport Village, singing songs in the tradition of artists such as Natalie Cole, Diana Krall, and Eva Cassidy with jazz and pop classics.

Peggy is currently developing her original album "Quiet Courage'. Quiet Courage is an intimate journey of song and stories written around this artist’s life. There is a vulnerability in these songs that seems to touch people at their core.  “Your songs and your voice took me to another place.”

Crafting songs that come home to the soul is characteristic of this artist. Her first album, “In This Place” is an inspirational collection of soothing song and reflection. “It made an impression on me when I heard that people play it in the workplace to de-stress. I began to write more openly about the ebb and flow in my own life sometimes giving things a humorous take and sometimes letting the edges stay in place.”

Strands of jazz, pop standards and musical theater, instilled in her by her father’s love of music, texture her melodies and lyrics.  “When I was in fifth grade we moved to Indonesia for a few years and my father would play a variety of music over dinner spinning light-hearted tales around the artists. One of his favorite story lines was that the musicians ran away with gypsies.”

Her holiday music includes an album entitled “Christmas Songs” which benefits her sponsored child in Children International.  Other charities she has volunteered with include Resounding Joy where she co-wrote songs with veterans.

Her music can be purchased from the Music page, www.cdbaby.com and other music selling sites.